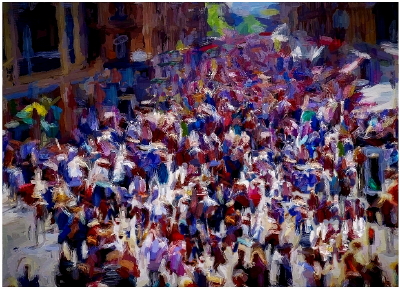 Citizens are being asked for their opinions on Glasgow City Council’s budgets for 2016/17 and 2017/18 as part of a citywide consultation launched today.

Please do read the Media Release below which gives you an overview of the background to this consultation, but this link will take you directly to the important document which not only tells you about the planned areas for savings but gives you the opportunity (until 19th February) to contribute your own ideas and suggestions.

The city’s budget for local services remains under substantial pressure – with the council expected to find savings of £133 million over the next two years.

Proposals prepared for the council administration identify a series of potential service reforms and efficiencies that could meet £43 million of the £86 million target for 2016/17.

It is also proposed to draw £25 million from balances – effectively lessening the impact of next year’s budget shortfall and giving the city an additional 12 months to find and consult on savings.

Launching an initial month-long consultation, Chief Executive Annemarie O’Donnell urged citizens to have their say on funding for services and securing savings.

She said: “There is no doubt the city faces some very substantial financial challenges.

“In determining spending priorities, nobody is more important than the citizens who depend on the services the council provides.

“By taking part in this budget consultation, Glaswegians can ensure their elected representatives understand exactly what they value the most about the services the council provides – and where they think it could make savings.”

The local government settlement for 2016/17 includes a cash reduction of £53 million which, coupled with budget pressures of £33 million, means the council has a budget shortfall of £86 million in the next financial year.

When added to an estimated shortfall of £47 million forecast for 2017/18, the requirement for savings over the next two years is £133 million.

In order to bridge that spending gap and set a balanced budget, which is a legal requirement, the council has to both reduce its spending and try to increase its income.

However, it is also committed to try and protect and, wherever possible, improve the front-line services on which thousands of Glaswegians depend.

Through its Transformation Strategy, the council has identified a series of potential service reforms and efficiencies that could save £77 million over the next two years.

Proposals prepared for the council’s administration also target other savings during 2016/17.

The use of balances, equal to 40% of the council’s total balances, is proposed to mitigate the scale of savings required from April.

Equivalent savings would have to be found in 2017/18, leading to a total of £72 million, with £38 million of that figure still to be identified.

However, this mitigation strategy also creates the opportunity for further consultation on where such savings could be found, between now and early 2017.

Glasgow’s budget consultation is now live and citizens will be able to have their say and make suggestions online at www.glasgow.gov.uk/budgetuntil 19 February.

The exercise covers both 2016/17 and 2017/18 budgets and this initial phase will be followed by further consultation over the next year.

Early next month, the council will host a short series of meetings with key community groups to discuss and record their views.

Councillors will receive a report on citizens’ responses before they set a budget for 2016/17 on 10 March.