Local Job Centres to be axed. 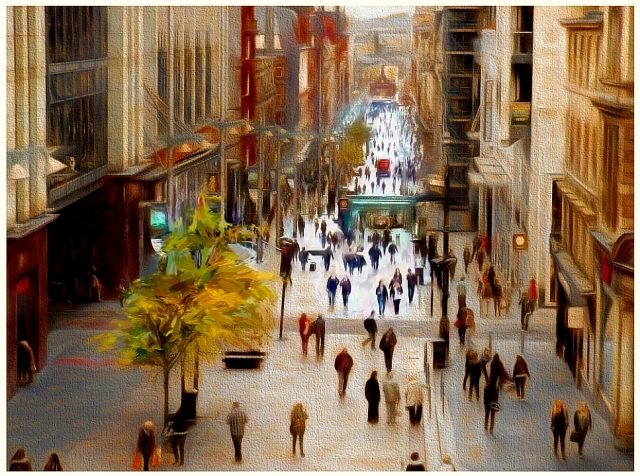 PLANS to push through Jobcentre cuts in Glasgow have been met with anger in the city.
The UK Government announced it will shut six centres in Glasgow while saving just one, in Castlemilk.
Despite campaigns and MPs of all parties warning it was the wrong decision the DWP announced the cost cutting measure was going ahead.
The Evening Times campaigned to keep the Jobcentres open and the Scottish Affairs Committee at Westminster told them to re-think the plans but the DWP refused to listen to the arguments.
The announcement means six of Glasgow’s 14 Jobcentres will be shut with Anniesland, Bridgeton, Easterhouse, Langside, Maryhill and Parkhead to close.
Castlemilk will remain open, one of just six across the UK the DWP has reconsidered.
Cambuslang will also remain open and not be moved to Rutherglen as had been proposed.
People will have to travel miles, taking in some cases two or more buses to reach the nearest Jobcentre, a fact the DWP ignored.
Union officials at the DWP offices were outraged at the decision and pledged to continue to fight to keep offices open.
Round trips could take more than two hours travel time in some cases.
Lynn Henderson, of Jobcentre staff union PCS, said: “It is clear that DWP intends to force through the vast majority putting our members’ jobs at risk and devastating the job centre network and services we provide.”
The news has led to condemnation and outrage from SNP and Labour politicians who backed the Evening Times campaign to stop the closures.
Scottish Government Minister for Employability and Training, Jamie Hepburn, said: “The UK Government has treated the people who use these services and the staff working there with contempt by yet again announcing these closures without prior notice. ”
Paul Sweeney, Labour’s Shadow Scotland Minister, said the decision was “nonsensical” from an “out of touch” Tory Government.
He said: “The UK government should be making it easier to get into the jobs market, not harder, especially in areas of Glasgow like Springburn in my constituency that should be a priority for supporting people getting into employment.”
The Evening Times campaign was backed by every MP in the city and all Labour, SNP and Green MSPs. The two Glasgow Conservative MSPs also expressed concerns about the closures.
Ken Loach, director of I Daniel Blake, also backed the campaign.
Chris Stephens, Glasgow South West SNP MP said: “There is a clear link between those Jobcentres earmarked for closure and areas of multiple deprivation.
“This is a brutal attack on the poorest and most vulnerable in our society as well public sector staff in the Department for Work and Pensions.”
Alison Thewliss, Glasgow Central SNP MP, said she would be demanding full explanations from ministers.
She said: “Today’s callous decision shows that the Tories will continue to treat the people of Glasgow with contempt.
“I will be making every effort to bring ministers to the despatch box to account for this poorly thought out and ill-informed decision.”
Stewart McDonald, SNP MP for Glasgow South, which includes Castlemilk, said: “My delight at helping to secure Castlemilk JobCentre’s future is tempered by the sadness that we were less successful in relation to the other offices.
“I’m deeply sorry that we were unable to save Langside Job Centre, or any of the other threatened offices across the city.”
Bob Doris, SNP MSP for Maryhill and Springburn, said: “This is a body blow for vulnerable people in Maryhill and surrounding areas who need additional support if they are to have a genuine prospect of getting back into work, not service cuts.”
Damian Hinds, UK Employment Minister, defended the decision, stating: “We will always make sure that people have the support they need to get into and progress within work.
“These changes reflect the fact that more people access their benefits online resulting in many of our buildings being underused.”